Have you ever wonder why ice dams always appear on your roof? Maybe you’ve thought about how nice it looks and never really considered what it might mean for your home if they occur.

We’re going to break down what ice dams are, why they occur, and what they might mean for your home!

What are Ice Dams?

Ever wake up in the morning and take your coffee out onto the porch to notice that there are pointy bits of ice hanging from your roof? Well, that’s an ice dam.

Those chunks of ice appear when snow from your roof melts and travels down to cooler points of the building only to freeze again into what is referred to as ice dams.

What Causes Ice Dams to Form?

There are several reasons ice dams form, including;

What are the Dangers of Ice Dams?

Ice dams can cause extensive damage to your home as it’s able to let water penetrate your interior walls allowing for damage to the wall and roof. Ice dams can have unimaginable consequences if not effectively dealt with, so start making some calls if you see ice dams.

Prevention and Protection from Ice Dams

Some of the reasons for ice dams are unavoidable. You are never going to be able to control the weather. Snow, wind, and sun will always be present in some capacity, contributing to the ice dams. However, a properly insulated home can prevent the snow from melting prematurely.

When the home is insulated, the snow can melt when the overall temperature has returned to an ice melting point. Snow melting when it’s ready is far better than it melting prematurely due to the temperature of your home. In addition, insulation can keep the interior and exterior temperatures separated and save your home from the damaging effects of ice dams.

Are you looking to make a move and get your basement or attic correctly insulated? Then, don’t waste any more time! Instead, contact us and get in touch with us about a free estimate. Ottawa Insulation is ready to chat with you about your basement ambitions. 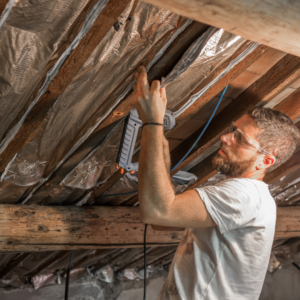 The Cost-Effectiveness of Investing in Home Insulation

How Much Does Spray Foam Insulation Cost? 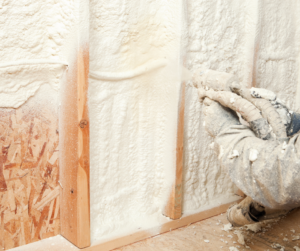 How Does Spray Foam Insulation Work?